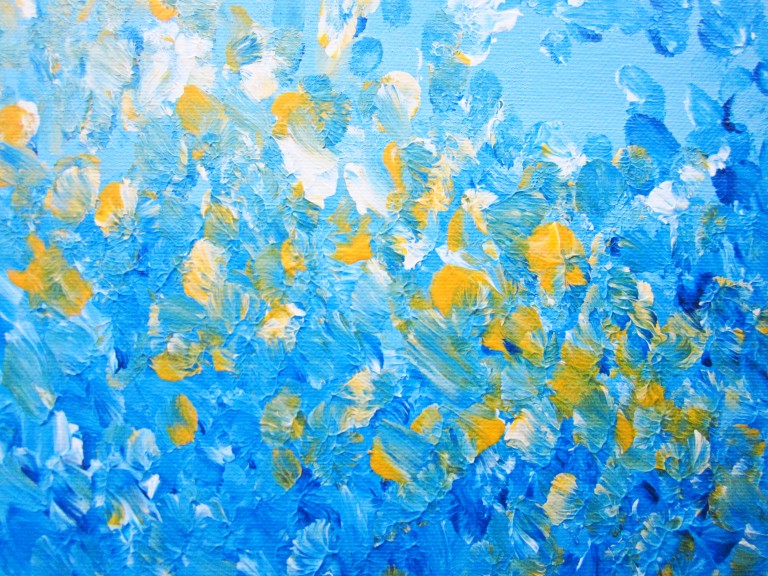 I’ve spent the last few days attempting to understand String Theory in Quantum Physics (not to mention the last few weeks attempting to write this post.) Why? Well, at least in part, String Theory states that energy actually comes in the form of minute strings that are attached to everything, carrying along a vibrational charge that passes along information and such. This theory is one piece of accepted scientific information that theorizes, at the very least, what it is that I have been able to see.

Recently, in The Arc of the Peripherals, I wrote on the space inbetween, that energy that exists connecting all of life together. I spoke of it as a bridge or conduit, a description I find quite apt considering how I see it. And, when I say “see,” I truly mean in the physical, not envision or with my mind’s eye.

[Side note: Please forgive me for the following description. It will be repetitive and perhaps a bit convoluted. To explain what I am seeing that is not visible to most people can be difficult to say the least.]

I’ve spent my life being able to see how energy swirls around and is transferred to and from trees (never saw this with humans until this past year after a QHHT session.) I’ve always been able to see light particles floating around, dancing to the air currents, whether day or night. I could even feel the aura with such intensity that everyone who knew me, understood how HUGE my personal space was and, if they were even remotely sensitive to my needs, knew that to come within it, without permission, was a violation of my trust. But, what I am about to explain, took forever to see, though I am guessing Vincent Van Gogh was seeing the same thing throughout his life.

Like Van Gogh’s Starry Night, there is this swirling of interconnecting bands flowing through the air. It reminds me of fingerprints – that same kind of whorls and fine lines, but instead of a 2-dimensional surface design, this is a 3-dimensional (or, perhaps a higher dimension?) crisscrossing of interlocking layers, that not only work in concert with each other but also completely independent from one another. I can only describe it as a cross between the look of gas floating up from the road surface and webbing or gauze, like those sheer curtains many of us hang in front of our windows. There is a solidity to it and an interconnection yet autonomous look. From object to object, waves of this webbing run, in winding and curved paths. It’s well described as a sort of blueprint (of the human biofield.) When I place my hands in close proximity to each other in front of me, there is that same interconnection of webbing yet separateness – with boundaries, yet no boundaries. Placing one hand before me, I am able to see this webbing rising from my skin like parallel strings.

When viewing the hands in concert with each other, the aura itself becomes noticeable and is an intriguing interlocking yet autonomous piece of the puzzle. It’s as if there’s a film that’s manipulative, moving, connecting. It can be pulled yet never broken, pushed together but never squished. When there’s any movement, the bands of connection between move in concert, never to be torn apart. Imagine you have two small balloons between your hands that are covered in a gooey, stringy substance that sticks to everything that touches it, including your hands. Once it sticks to something, there’s no getting it off. You can smoosh the balloons, but they won’t ever pop. As you pull your hands away the balloons just expand, clinging to each other and to your palms, no matter how far apart your hands go. So, it’s like this bulbous (the aura) yet webbed substance (the energy strands) clinging to everything… without us actually physically having to know and be annoyed with it’s presence. But, yes, it can be seen! It can, technically, even be felt. As you press a finger into either your own or someone else’s auric or etheric field, there is a felt resistance, particularly perceived if you’re a highly sensitive individual.

To see this, to know this, is an understanding that not only figuratively, but literally, life is completely under your spell, in a sense. We have absolute connection to all that is. When we make a choice to do anything it is not only ours for the taking but will affect everyone and everything on this planet, within the multiverse for that matter.

Kryon (an entity or entities) channels through Lee Carroll (as well as others) and has spoken of this. As mentioned at the beginning, I have been doing some extensive research on understanding what I am seeing. There’s book after book on auras, energy fields, energy vampires, energy as a thought…  I did find one specifically called Energy Strands by Denise Lynn which does (obviously) go into this. However, I came across a reading of Kryon’s that had me perk up. The readings (part I, part II) are called the Cosmic Lattice, which is fairly descriptive of what I am seeing. He also pairs this energy lattice framework with the Law of Attraction – these strands being the love and wisdom that brings in the greatness of our creating capabilities. These energy strands rely on a harmonic balance between the mind, body, and soul. Without all three components working in harmony, the life we hope to create won’t be produced.

Ted Andrews has some excellent techniques for adjusting your eyes in How to See and Read the Aura, though, to be quite honest, I have yet to try. Years ago, I wanted to see energy, for I’ve always believed it was there to be seen, so I learned to adjust my eyes to see what was going on between objects. Through looking at the space between, I learned to see light particles swirling around. It wasn’t until recently that I realized, if I kept at it for a longer period of time, that I could adjust my eyes just right to see those undulating bands I was talking about (using somewhat dim light.) And, once I saw that, I could see how that energy worked between my two hands. The coloration of the aura happened quite by accident also. Though dim light was used in most instances, it is in extreme dark that’s the coolest. After adjusting the eyes to see within the space, the movement of the energy between my hands creates lines and designs of almost neon color. It’s kind of like the turning of a kaleidoscope but lines, not shapes, creating the designs. One other way to help adjust the eyes to seeing the inbetween is to play with those Magic Eye puzzles. (See HERE.)

Donna Eden has an awesome book called “Energy Medicine: Balance Your Body’s Energies for Optimum Health, Joy, and Vitality” that, so far, has been one of the best books I have found on working with energy. She has a cool method of purifying the chakras and her video HERE will help with protecting your aura/energy field using what she calls The Celtic Weave, or Weaving the Aura. Her method of clearing the chakras has allowed me to feel the a tugging of energy as I swirl my hands over each area. If I incorporate sound (whatever flows intuitively into my mind), the energy movement is also felt underneath me or in my back.

[Note: After one night of spending time in meditation and watching the play of energy, I went outside. Within moments, a screech owl came near for a visit (they sound like a whinnying horse, btw.) Owls are sacred to many cultures, mostly representing wisdom, clairvoyancy, and gatekeepers to the spiritual and Akashic realms. Working with the owl totem can help to bring in a more focused ability to working with your third eye.]

This site uses Akismet to reduce spam. Learn how your comment data is processed.